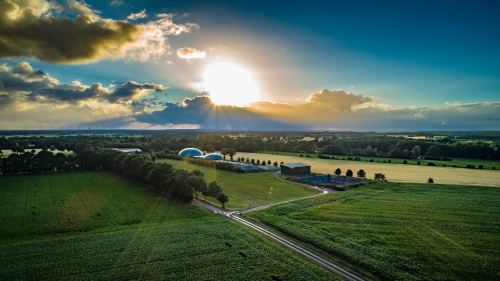 Natural gas is almost always cheaper than electricity. Choosing all gas appliances can save you up to 30 percent on your utility bill. But while we all want to save on utility bills, there’s more money on the line than just utility costs.

If your home is only set up for electric appliances, converting to gas will cost a pretty penny. You’ll probably spend between $250 and $700 to reroute a gas line and install a gas appliance, and that doesn’t include the cost of the appliance itself. You might be eligible for rebates from your utility company if you do convert to natural gas, so be sure to give them a call before you make the decision.

Converting to electric will also be pricey: You’ll have to install an electric line and cap the gas line, which will put you out at least $350 per line.

Bottom line: Converting from one system to the other is expensive. Gas appliances cost more upfront, but over time, gas will save you money on your utility bill.

According to an article in Electrical Contractor magazine published in May 2018, as commercial-scale marijuana cultivators gain popularity in states that have legalized medical and recreational use, there are fears they may begin to leave some of their neighbors in the dark. The high electricity demand of marijuana-growing facilities—called grow houses—is beginning to strain some utilities’ distribution systems and has even triggered outages related to overloaded utility circuits.

During the summer and fall of 2015, soon after Oregon legalized adult recreational use of marijuana, Pacific Power in Portland reported seven incidents in which home-based growing operations overloaded local distribution equipment, resulting in localized outages. In Denver, the city’s Department of Public Health and Environment reported in February that marijuana cultivation now comprises almost 4 percent of the city’s total electricity demand.

Because most grow houses are not traditional greenhouses with access to natural sunlight, artificial lighting is the biggest contributor to such a facility’s demand. As a result of local regulations and a desire to optimize environmental conditions, most of today’s legal marijuana is grown in structures with solid walls and ceilings. These are most often illuminated using high-intensity discharge (HID) fixtures that draw up to 1,080 watts (W) each. The waste heat from those fixtures creates an additional need for cooling to keep all those buds from drying out. With these factors combined, this demand growth is making it difficult for cities such as Denver to meet efficiency-improvement targets.

Replacing HID fixtures with more-efficient LED units may seem an obvious option. After all, LEDs present energy savings of 400W or more per unit. However, many growers remain unconvinced their plants will respond as well to LED illumination as they do to HID lamps. These operations have become sophisticated. Operators pay close attention to lighting spectrum as well as illumination levels.

Efficiency also is likely to become a bottom-line issue for cultivators as competition increases. The price per pound of legal marijuana dropped 13 percent in 2017, according to Cannabis Benchmarks, an independent price-reporting group. In the 2017 Annual Review and Outlook, published in January 2018, analysts state they expect that trend to continue. Lower prices will put more pressure on profit margins and bring more attention to cutting energy costs.

It seems the rapidly maturing marijuana industry is on the verge of a new threshold. Just as state legislators and public referendums have moved the business out of the metaphorical shadows, growing competition and higher energy costs are encouraging its entry, quite literally, into broad daylight. For more information visit: www.ecmag.com